Back in November I told you about the #CraftBlogClub Secret Santa, where a group of crafty bloggers make and swap homemade presents with fellow festive craft-bods in time for Christmas.

I absolutely loved the idea, and signed up straight away. I can now reveal that I was paired with the amazing Zoe from ZoFlo. I spent an age researching Zoe’s blog and social channels for clues about her hobbies, likes and dislikes (read: stalking!), to help me pick a theme for her present.

I learnt that she is a fan of The Great British Bake Off, the John Lewis Christmas ad, country bike rides, and The Great British Sewing Bee. After umm’ing and err’ing, I decided to combine two of her favourite things, by making a cupcake-themed needlebook and pin cushion ring (cakes and sewing, huzzah!). 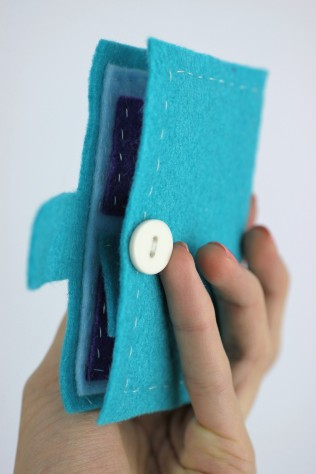 Whilst scouring Pinterest for inspiration, I came across this fantastic tutorial from Sew4Home which really fired my imagination. Whilst Alicia’s tutorial featured a lovely cat on the cover, I realised I could adapt this for my cupcake theme, and the instructions were really clear and easy to follow.

To make a needlebook, you will need: 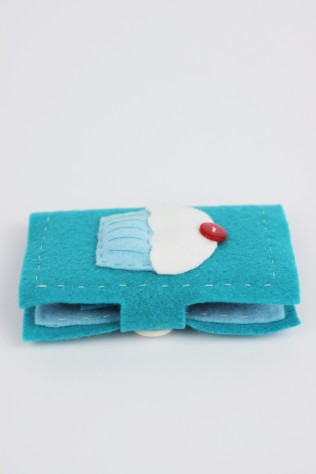 If you’ve never sewed or used felt before, never fear – because I hadn’t either, and it was surprisingly easy. Also, if you have to Google how to sew a button on, that’s OK (because I had to too!). I started by cutting out all of the felt pieces, and then one by one sewed them on using running stitch. 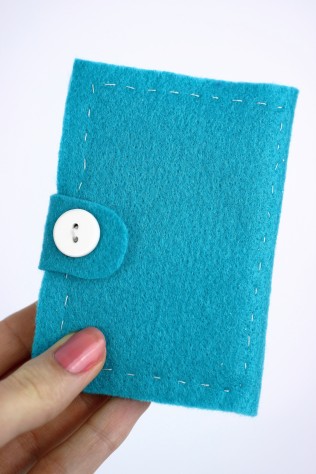 To make the cupcake on the front look a little raised, I inserted some soft toy filling before sewing the gap, so it has a 3D effect. I also picked a white glittery felt! Once complete, I filled the book with various pins, thread and buttons that might come in useful, but Zoe can add to this with her own stash. 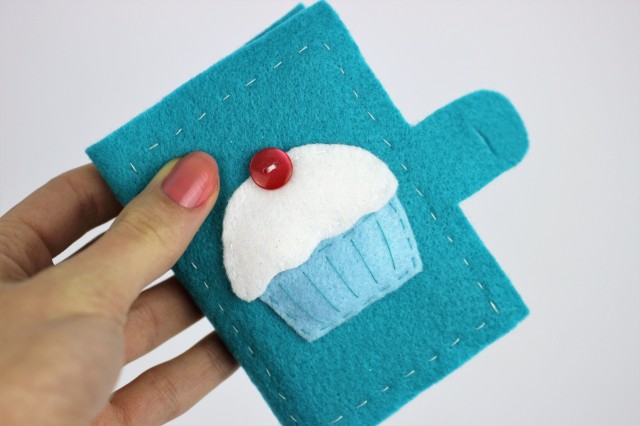 To accompany the needle-book, I also made a matching cupcake pin cushion ring (because everyone needs a pin cushion they can wear as a ring!) – you can read more about that DIY here.

I must admit, I was pretty chuffed with the end result, and I hope that Zoe likes her gift as much as I do! I can’t wait to see what everybody else has made – feel free to share your links below =) 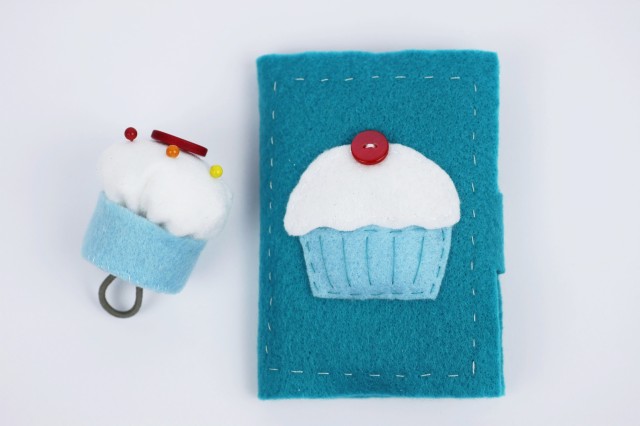 I’ll be posting about the awesome crochet gift I received from Kate at Beak Up Crafts very soon! 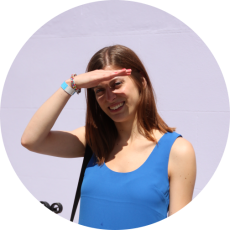 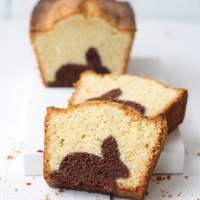 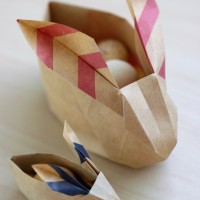 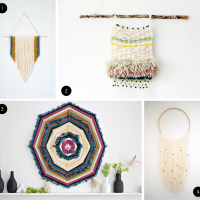 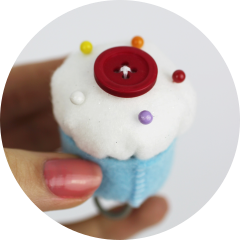 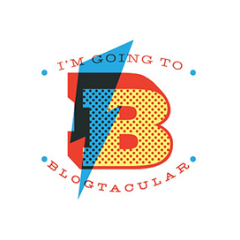 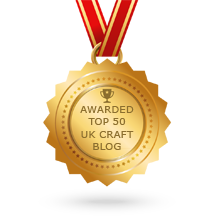 Sew in the Garden

When life gives you melons do an FBA.

Simply a lifestyle blog! Come along with me...

Design and Craft News and Inspiration. www.themakerplace.co.uk launching in 2016 - showcasing the UK's best designers and makers

The Postal Adventures of Morris Mouse

A Journey of Friendship

A blog about all things crafty!

Emma and The Artworks
Me & My Veritas

Sewing and Crafting Projects With and For Kids.